To execute a test in KIMS locate the tag and then the test in the left hand configuration pane.

Tests can be executed by right clicking and selecting Execute Calibration from the list or simply double-clicking the test. 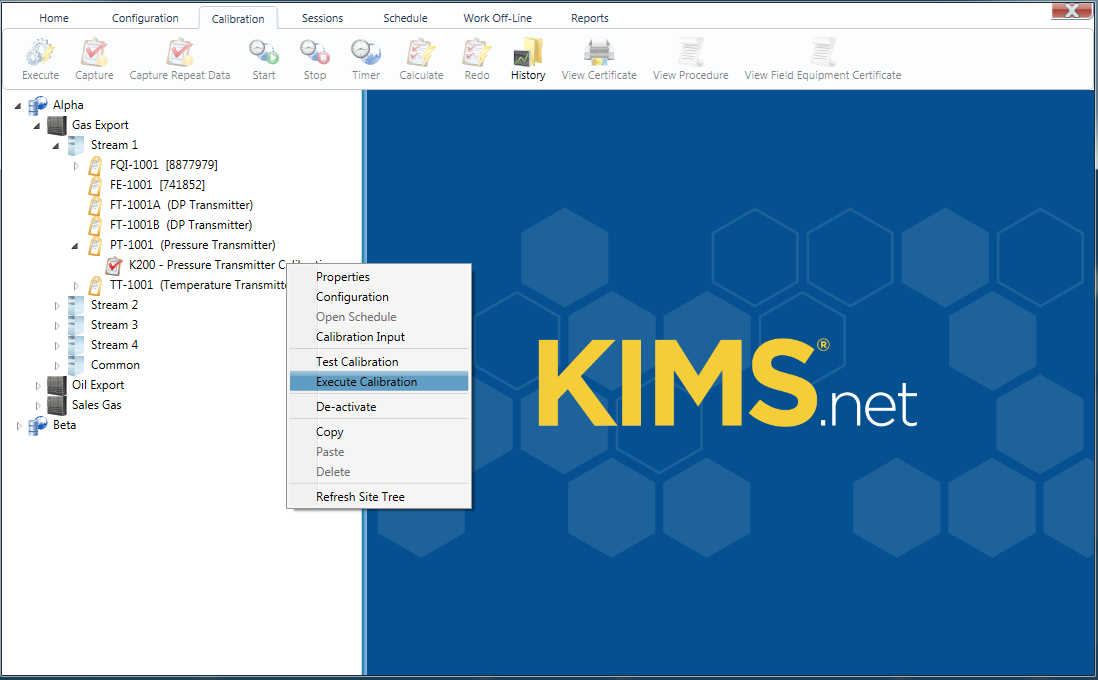 The test form opens up to show the Execution tab.

When selecting a scheduled test you will be able to choose next test on the schedule or, if the scheduled date has passed the overdue test.

In this section you will also be able to choose the calibration Session.

Calibration sessions are used to group tests and assign participants who may be assisting with or witnessing a series of validations, If this feature is not used the default will be the only one available. 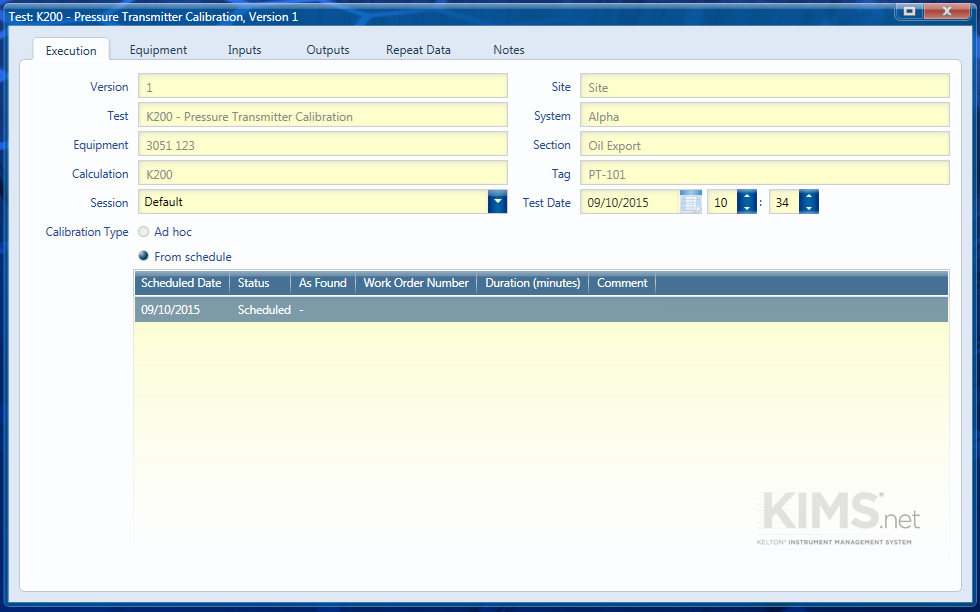 The Equipment tab lets you select the equipment which is used for the test/calibration from that which is available. If there is no equipment available this will be managed under the FM²P administration functions. 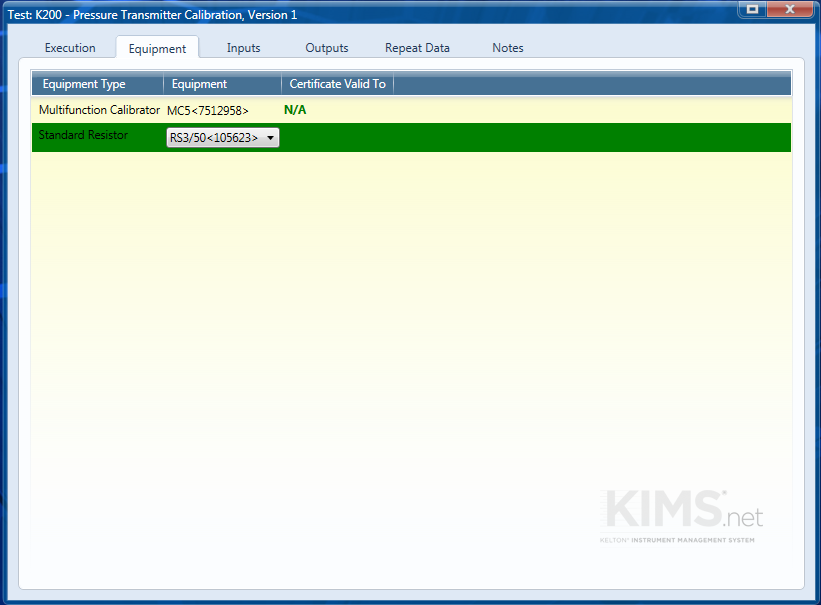 The Inputs tab contains the inputs which are static during the entire test. In this example a pressure transmitter is being calibrated which has an analogue output. The applied pressure will change incrementally during the test but pressure range values and the detector resistance value will remain constant for the duration of the test. 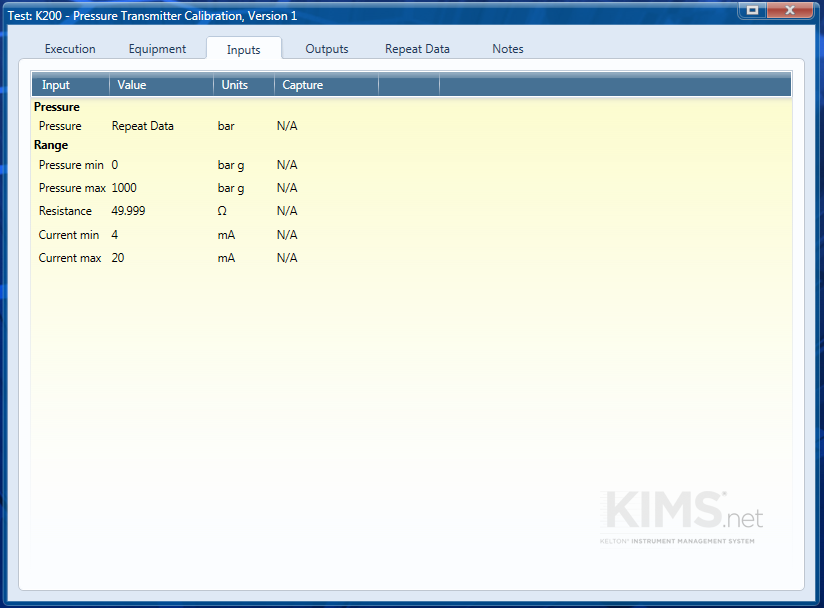 Values which change between each calibration increment or repeated test are entered in the Repeat Data tab. When entering data use the TAB Key to move horizontally between values and the Enter key to move down. 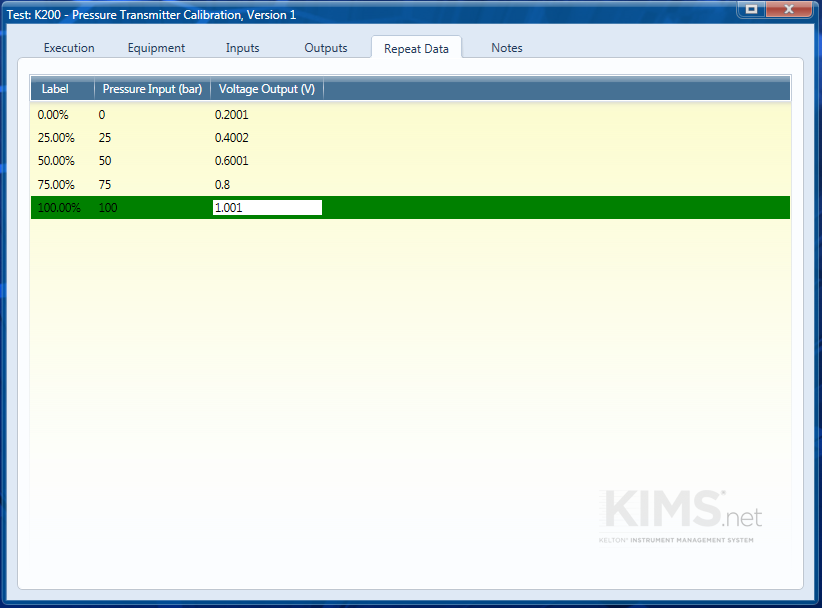 Once all the required data has been entered the Calculate button on the Calibration ribbon will be come visible and can be clicked to see the outcome of the test.

The outcome of a test may be:

As Found/As Left (AF/AL) – Where the test has passed first time;

As Found (AF) – The test has failed to meet the set tolerance or pass criteria;

As Left (AL) – The test has passed following a failure.

The status is displayed and the Results tab becomes visible

If a test has failed the values which are outside the required tolerance are shown in red. 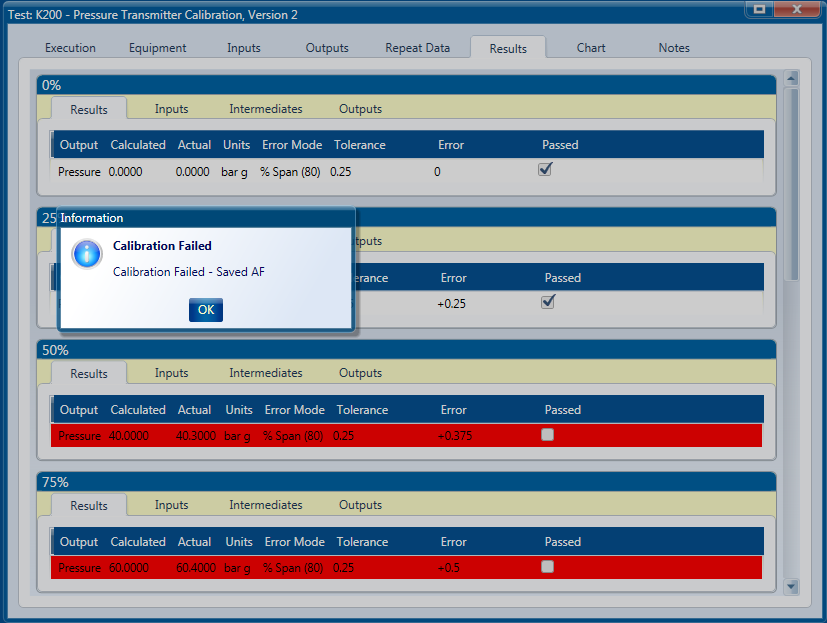 The “Chart” tab appears once the test has been run and shows the results in a chart format. 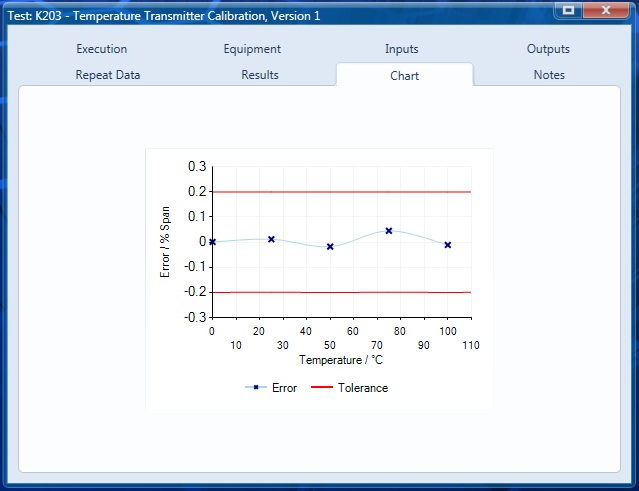 It plots the main points that have been entered but also joins them to show the order in which they occurred. It is not recommended to interpolate the graph from this line – it is just to see the relationship between the points.

Notes can be added to the test under the Notes tab 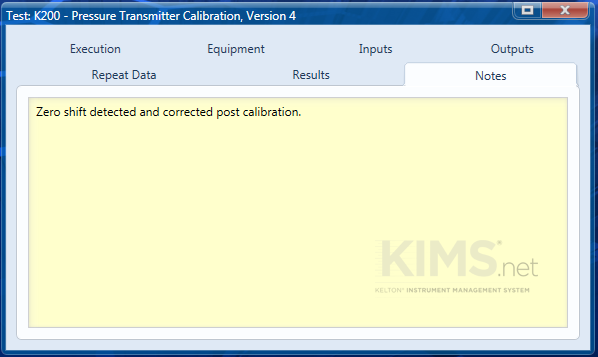