To configure a performance curve select the meter product and right click choosing Meter Configuration. Go to the Performance Curve tab as shown below and define the parameters as appropriate. Note that if 2 or more proves with very similar flow rates are selected the values will be averaged, these proves are what are defined as replicates for the purposes of the construction of the performance curve. 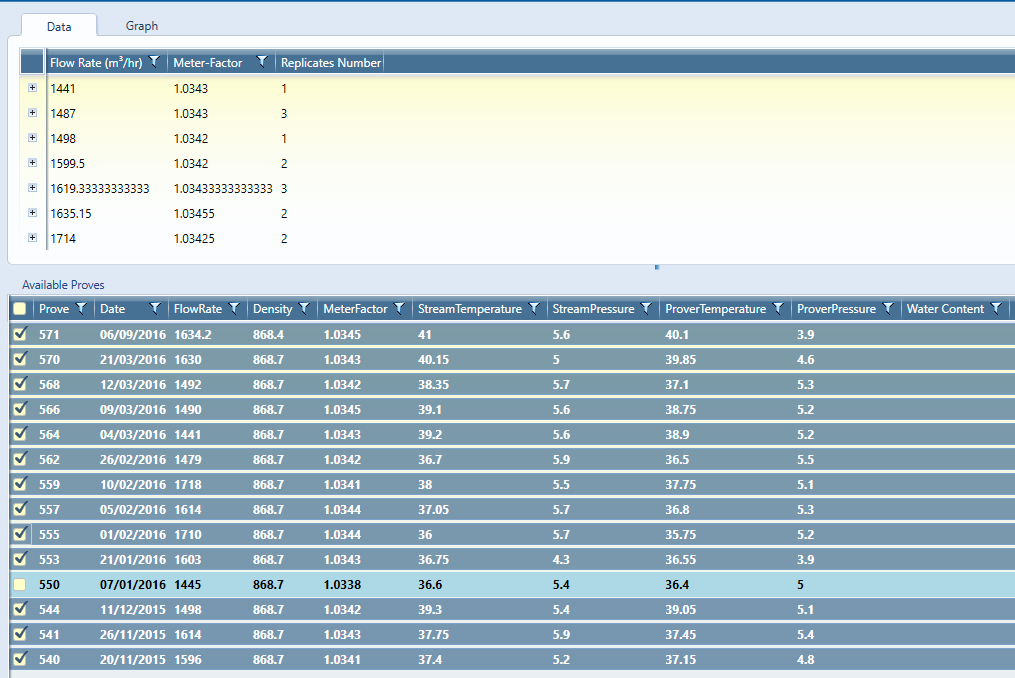 Once all of the requisite proves have been selected click on the Graph tab to view the performance curve generated.

Validation against a performance curve